Nowadays people are urged by increasingly pressing situations; that’s why, unfortunately, only a few can enjoy the pleasure of seeing a soft, waving  domestic plant. Singles are the ones who mainly feel this phrenetic stress of the rhythms of modern life. They do own the big apple of independence but they must also face the voracious worm of schizophrenia, a disease caused by having to do absolutely EVERYTHING BY ONESELF.

Daily singles have to overcome thousand of problems and, disgusted by the usual imitations of nature, they also desire a plant as furniture. That’s why, through the electroshock of a common domestic, little tree, a prototype of plant has been created. It doesn’t need any care, it is a piece of furniture, revives every place and, in case of need, it works like an antenna too. The Alberi Elettrologici are a synthesis of the triumph of artificiality over nature: a triumph impressed by the technological mythology of modern society, which gives an increasingly ideological value to the space naturalness too.

Published on various magazines the “Alberi Elettrologici” have been showed in galleries such as: Dilmos and Zeus in Milan (1989) and Gallery of Functional Art in Los Angeles (1992). 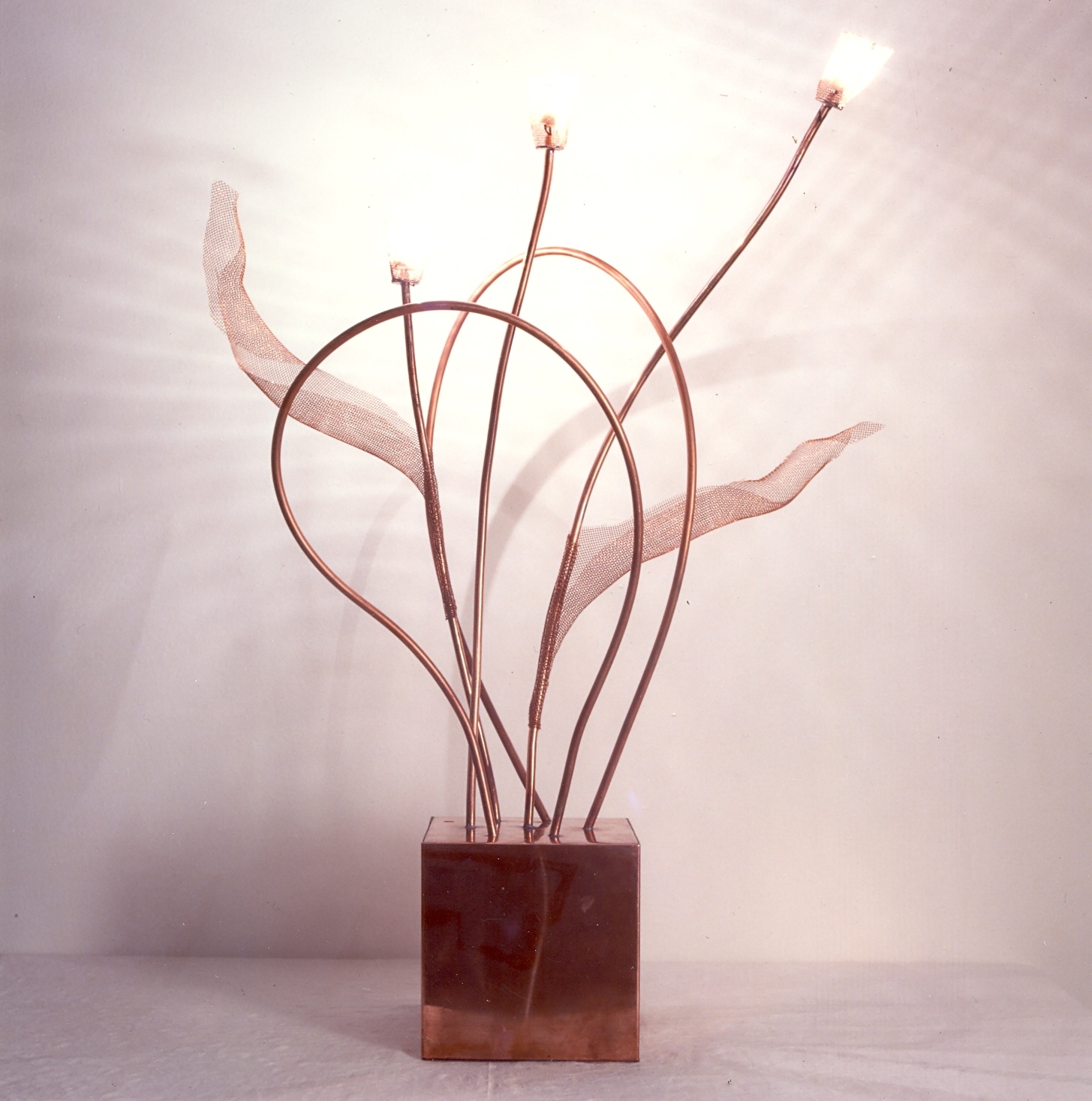 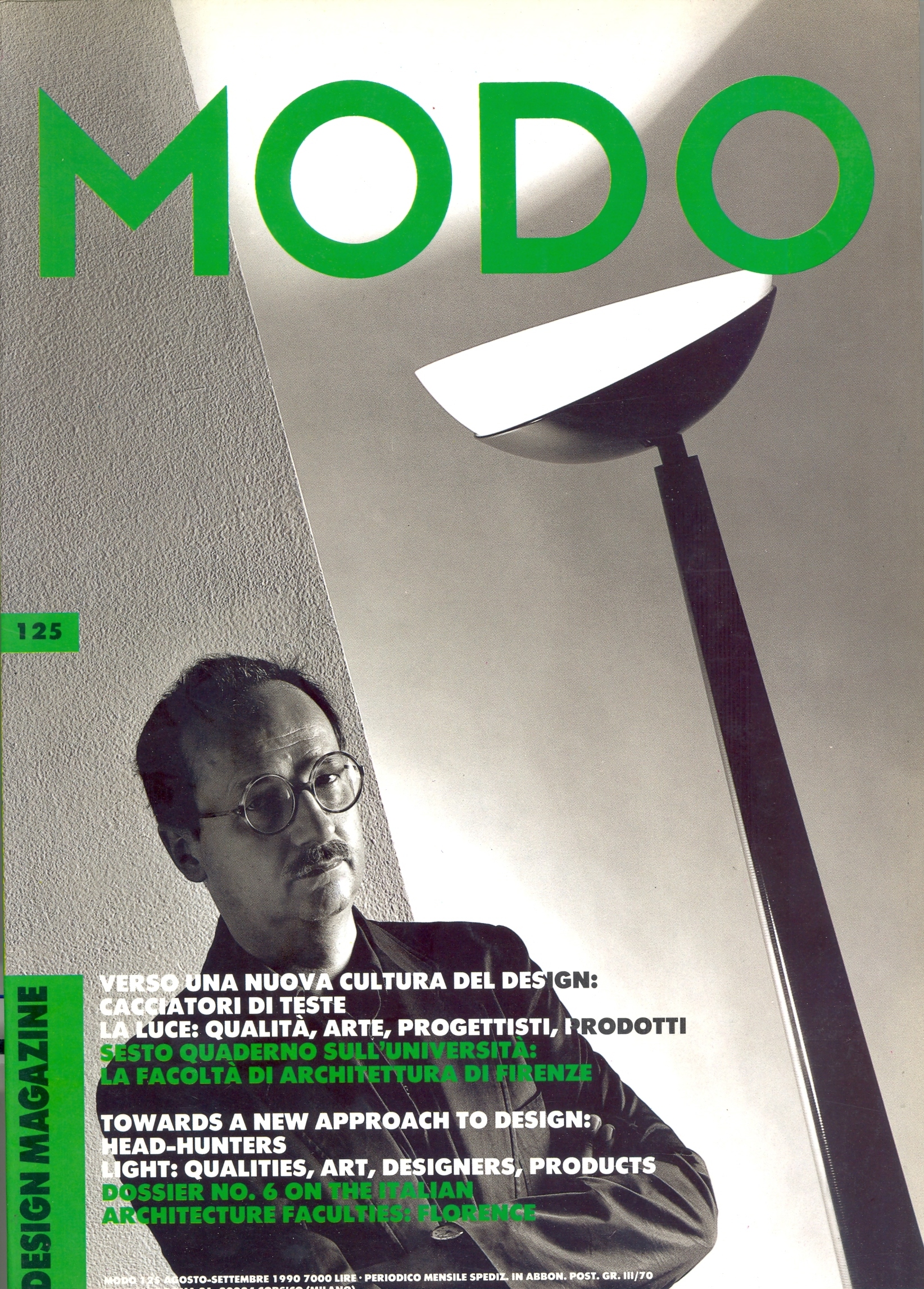 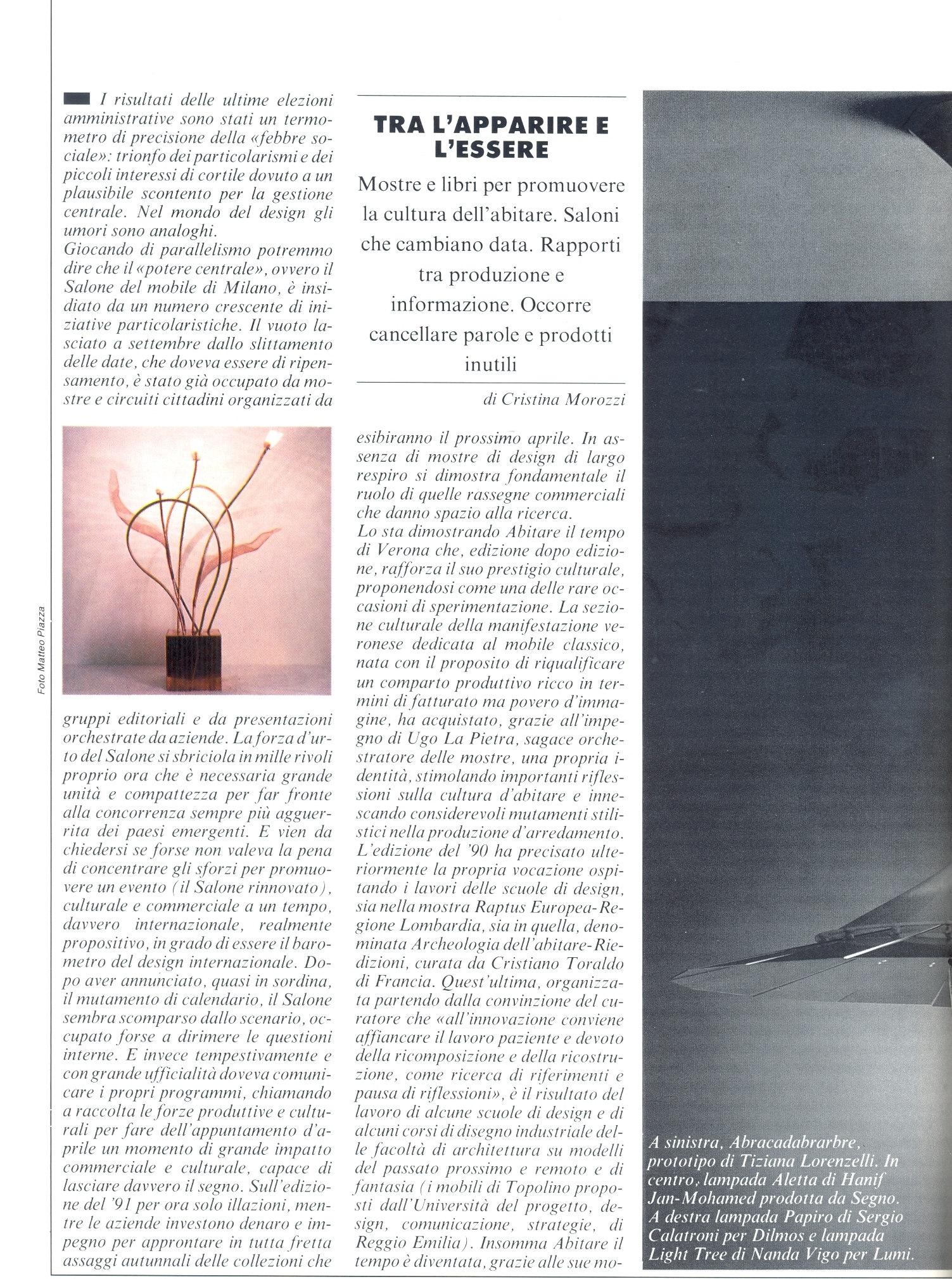 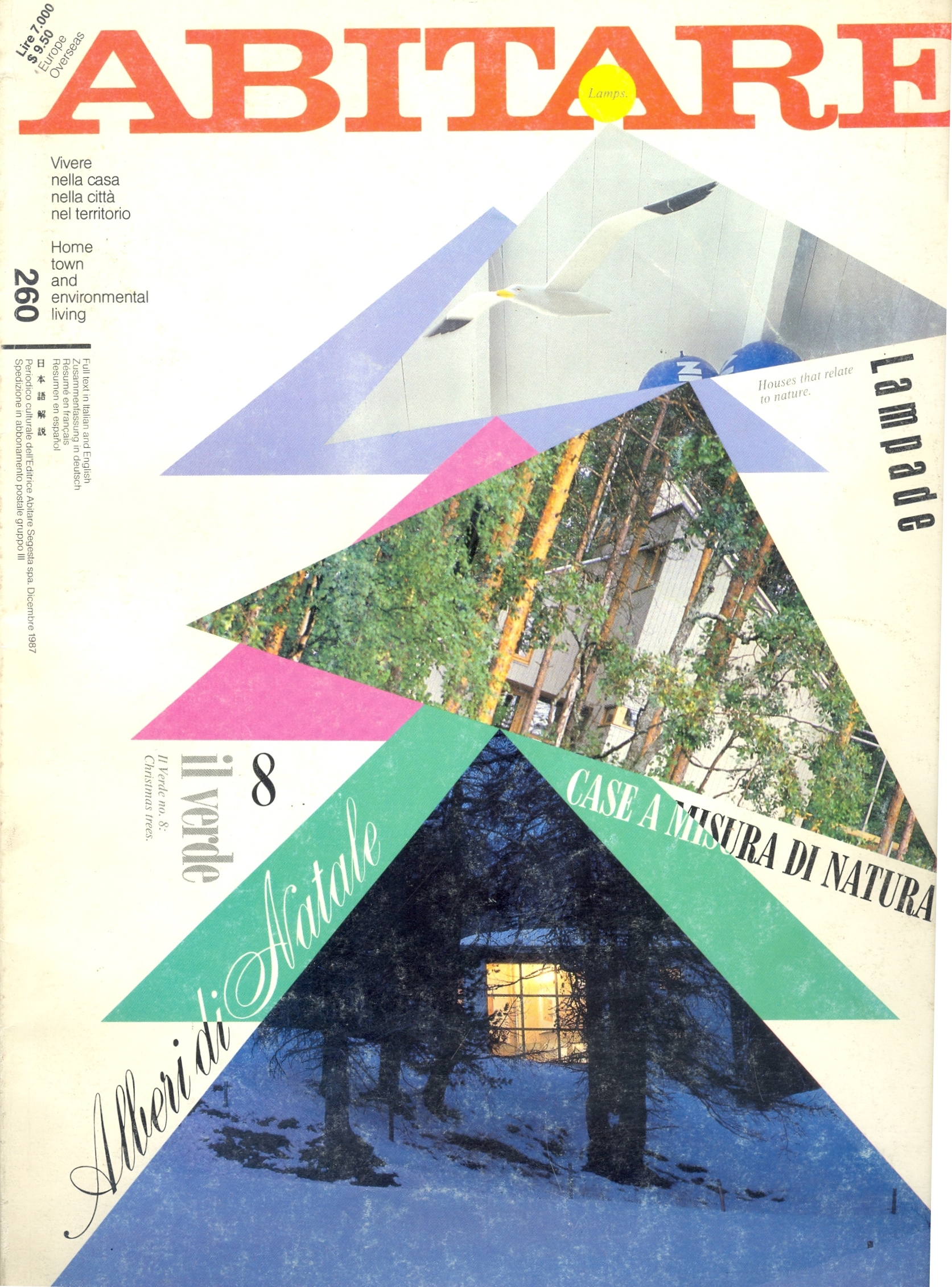 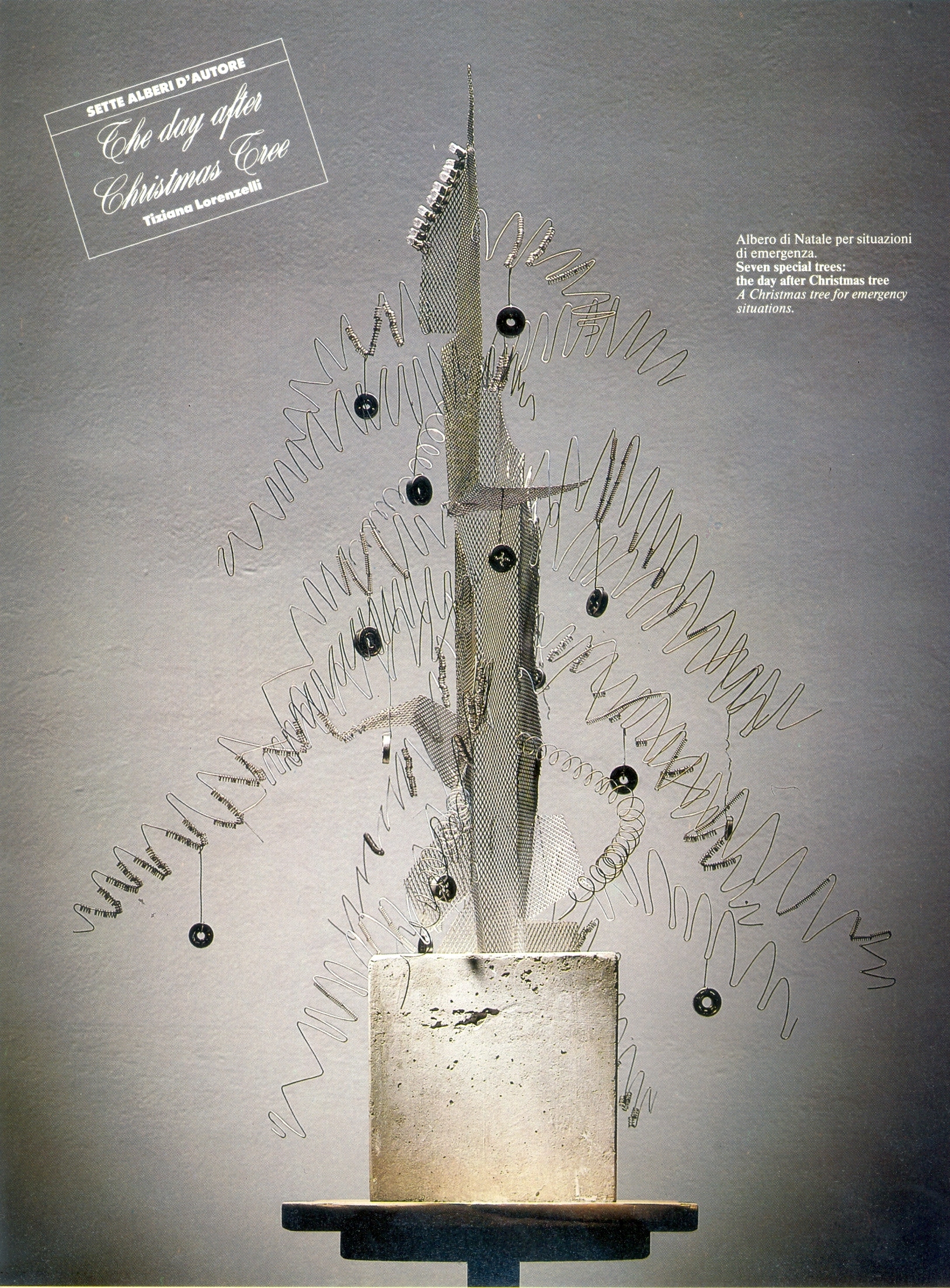 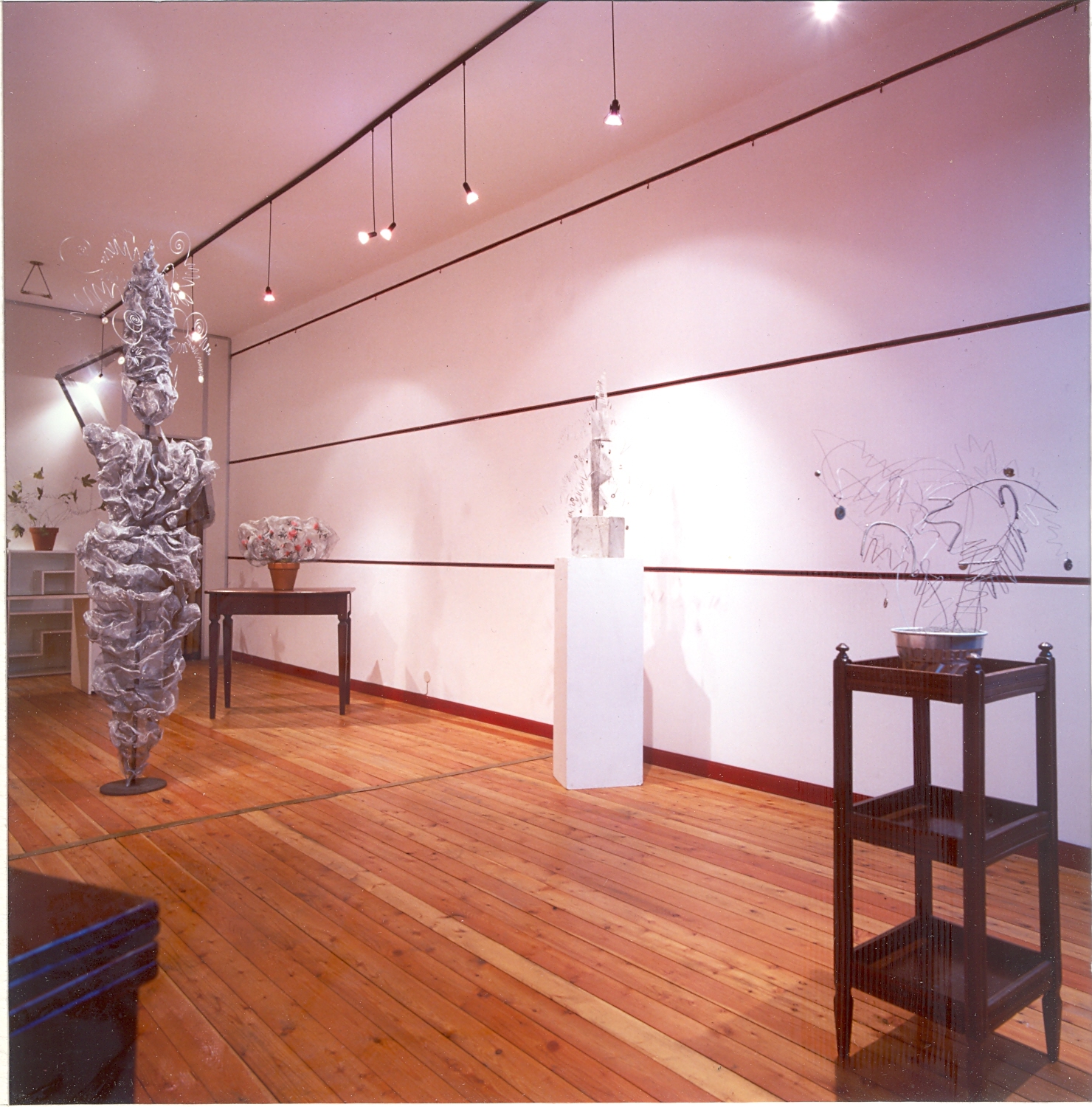 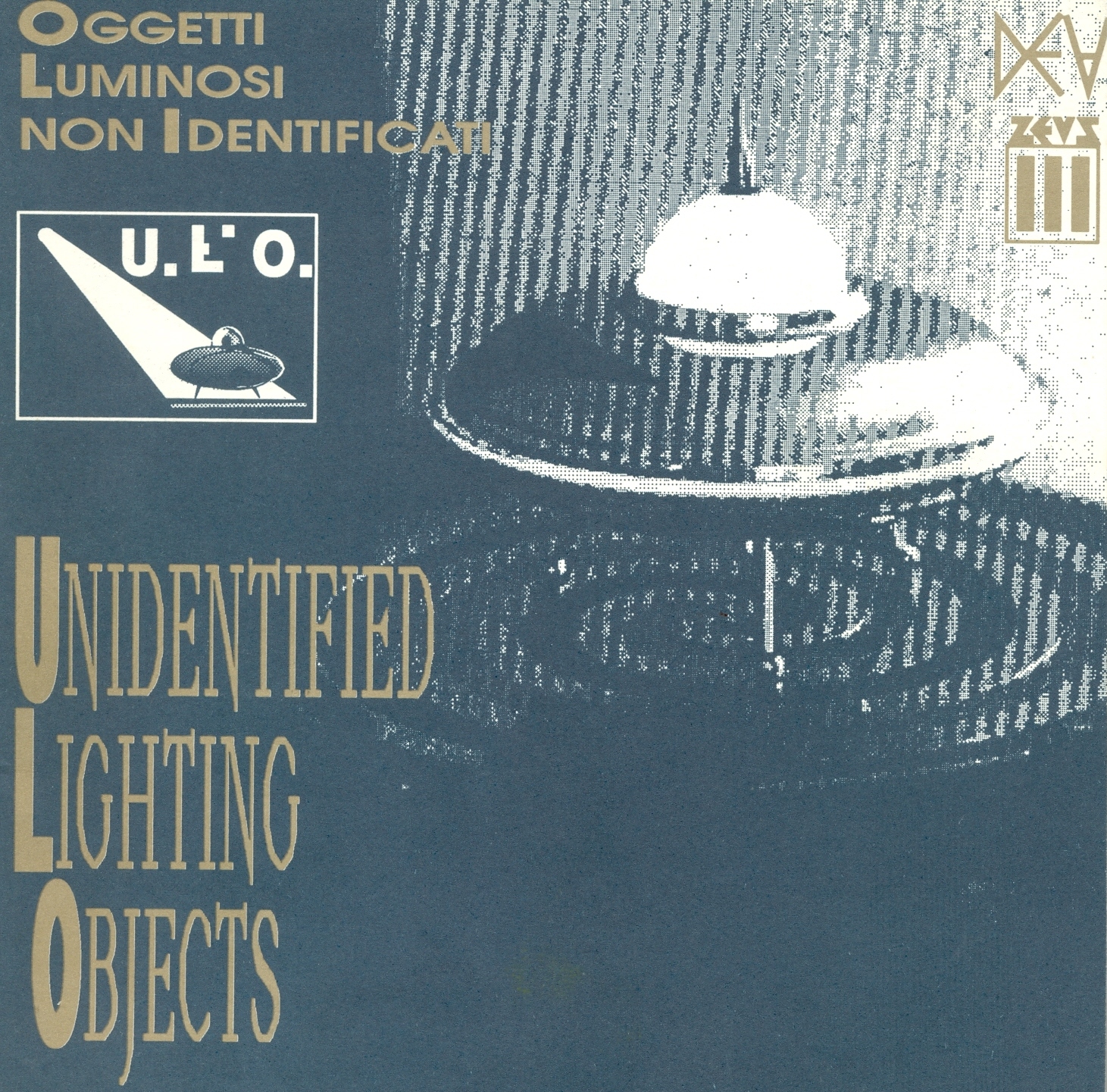 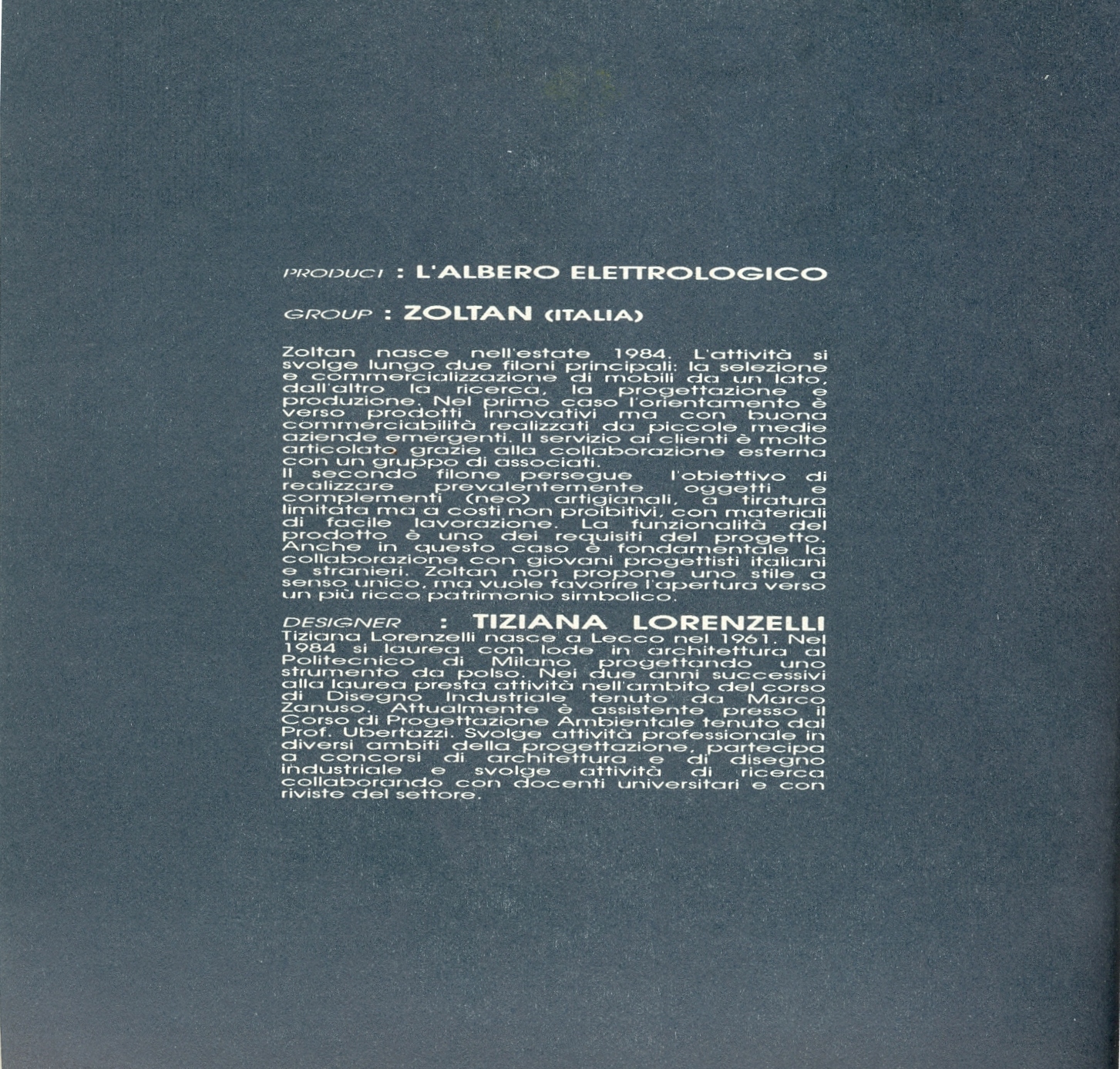 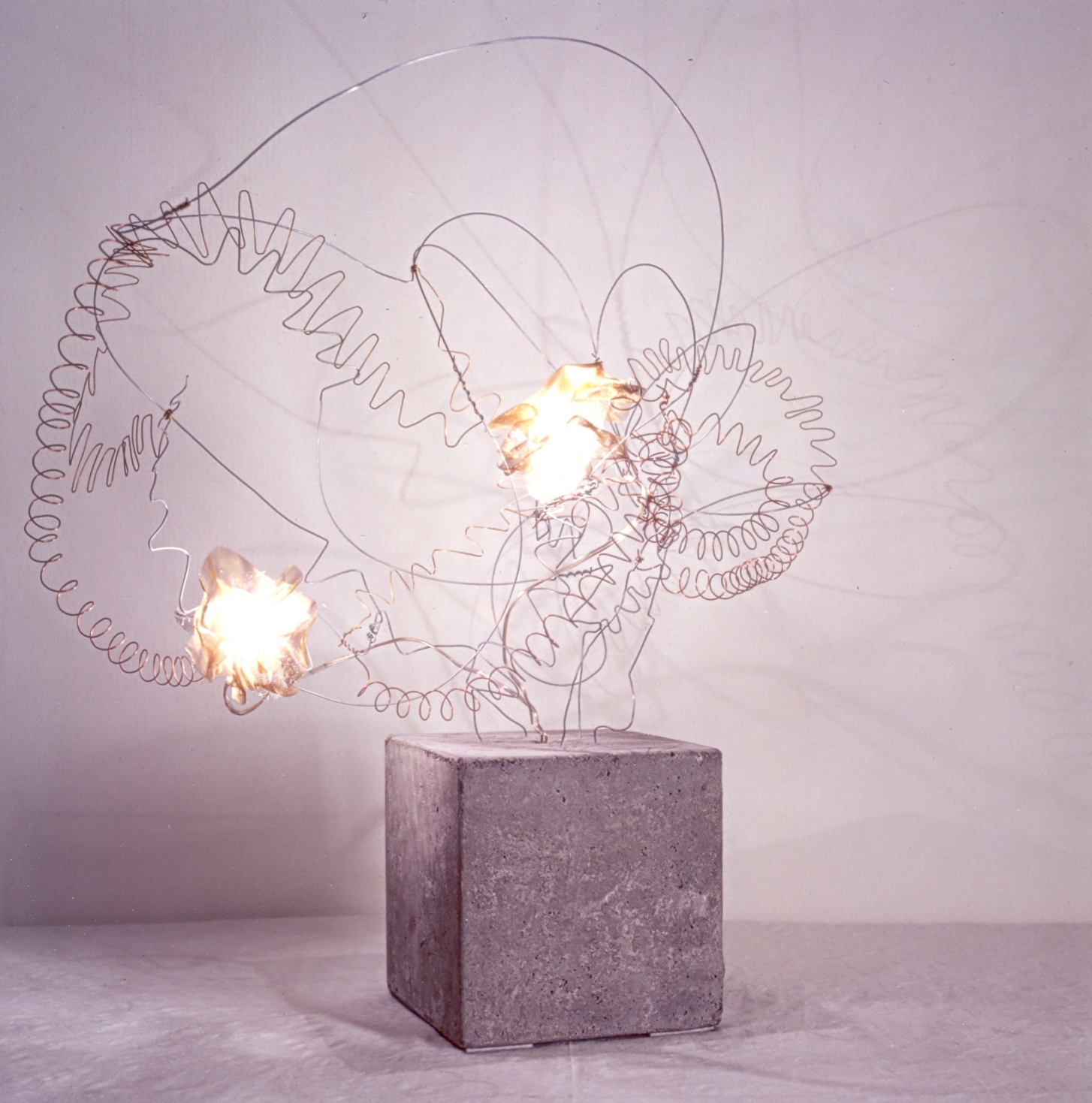 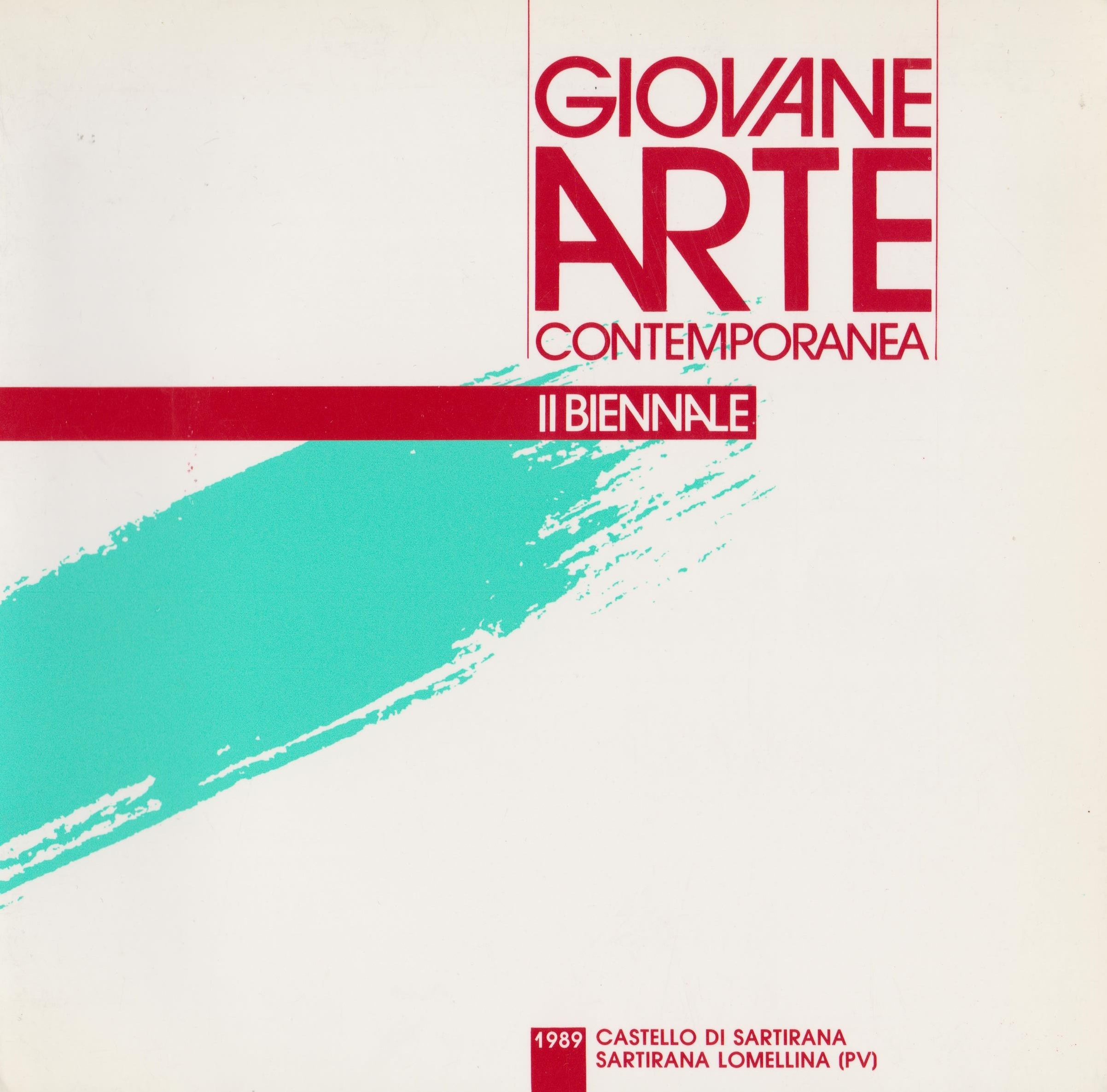 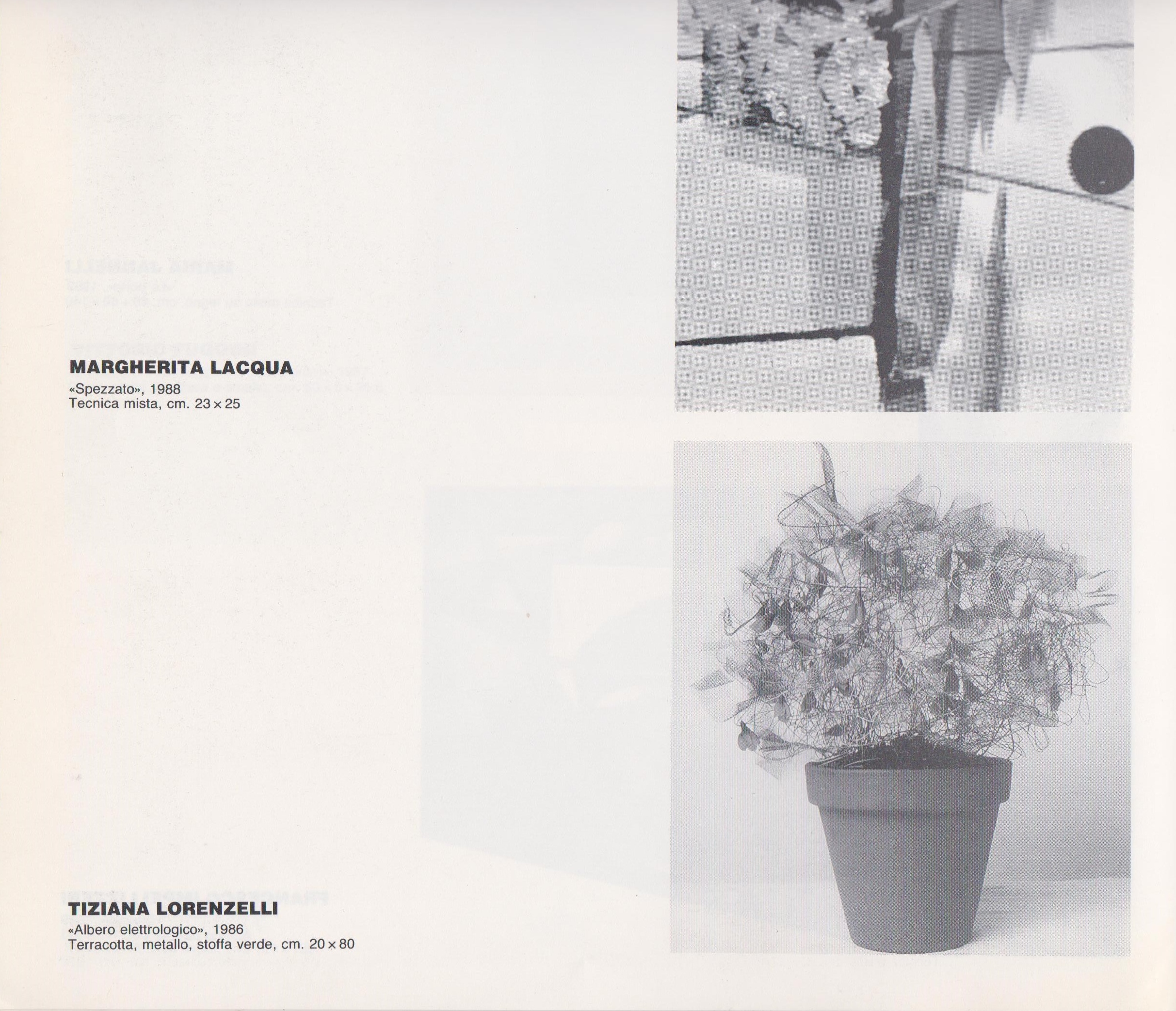 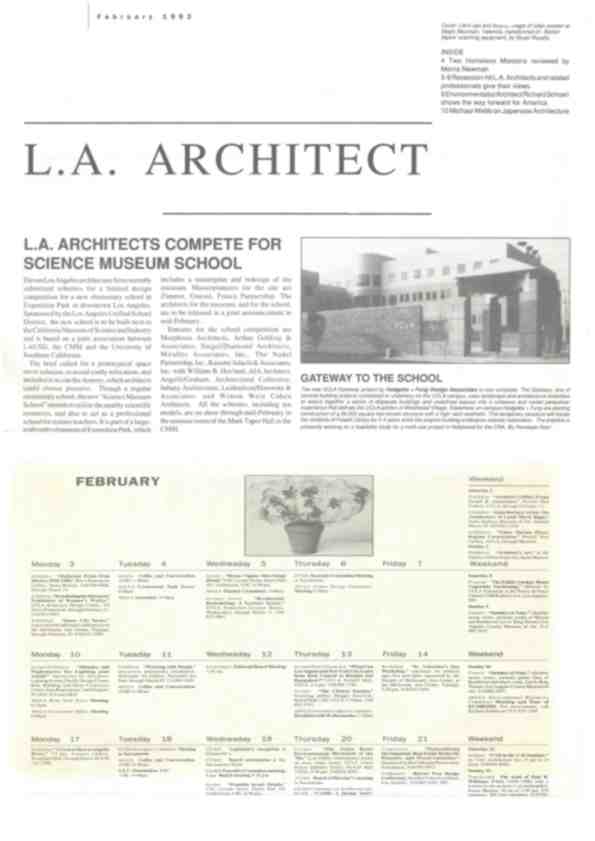 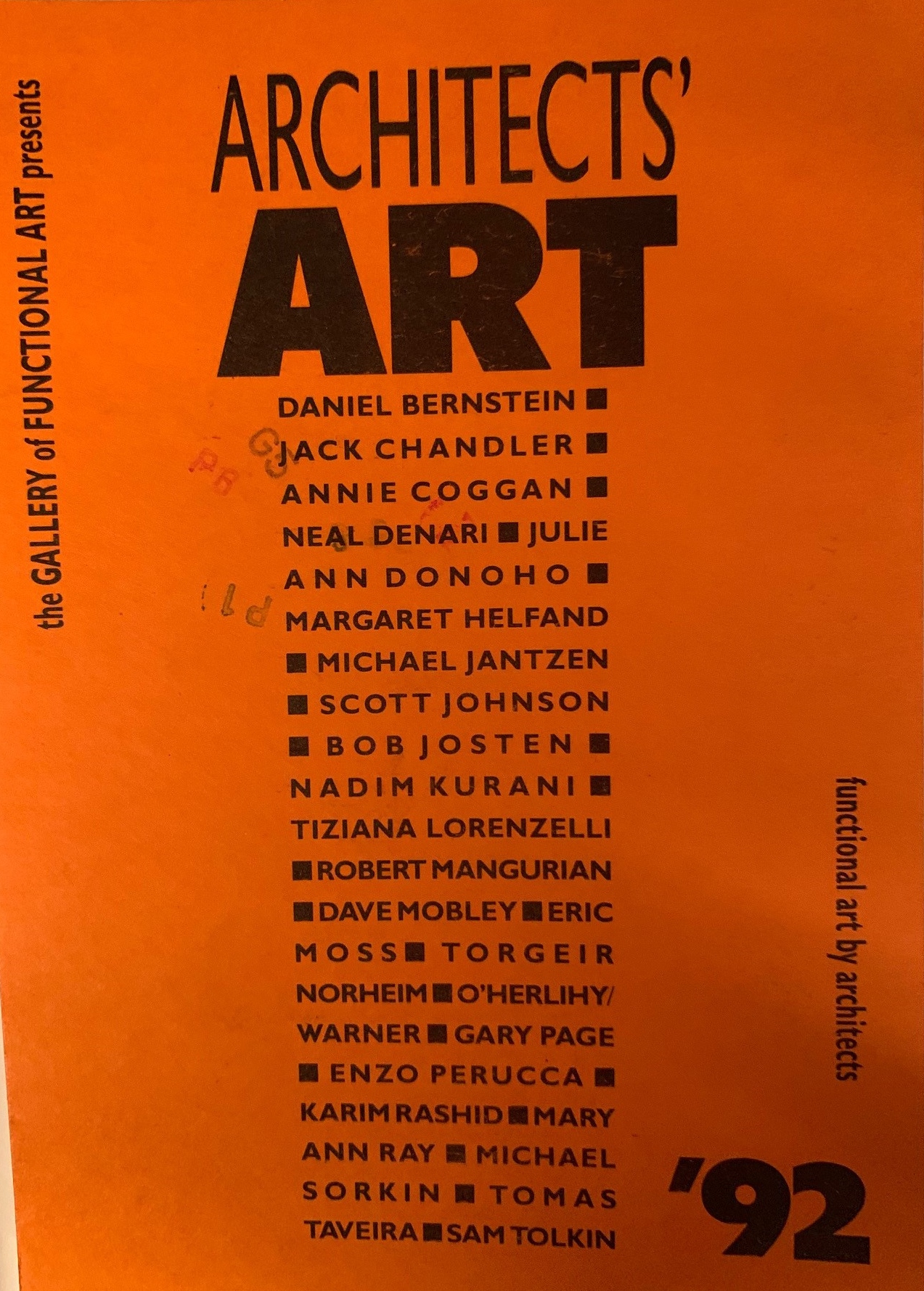 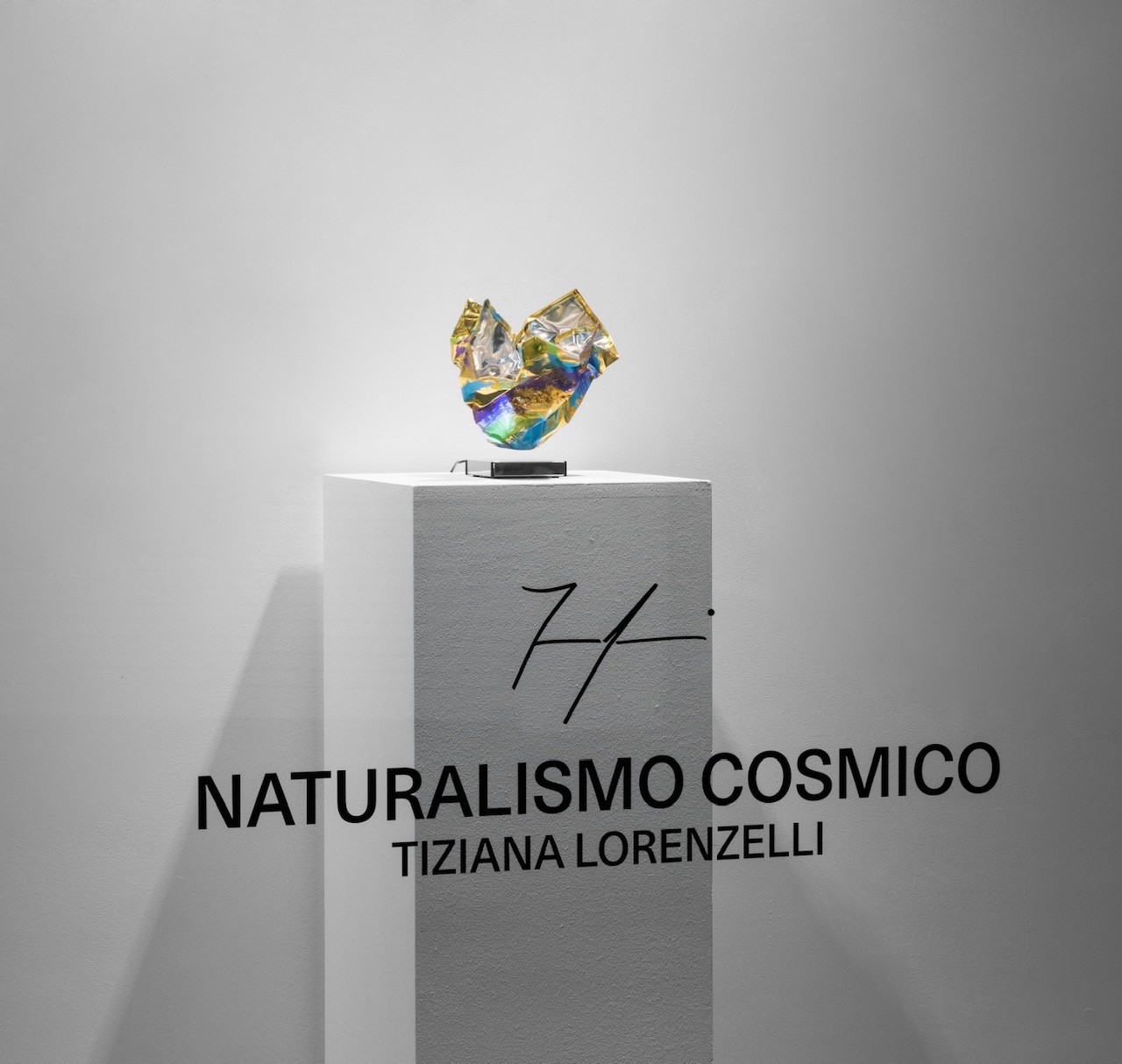 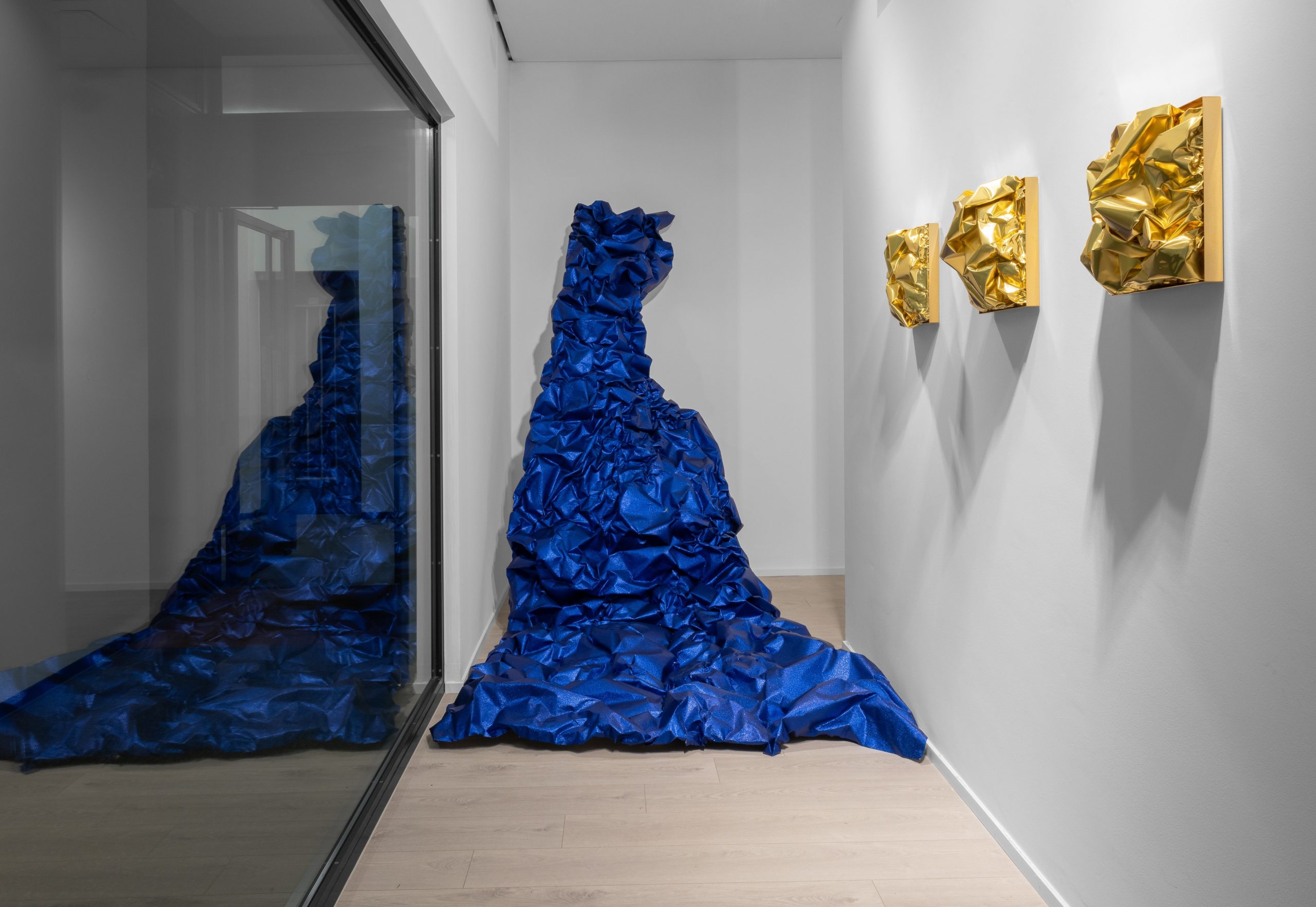 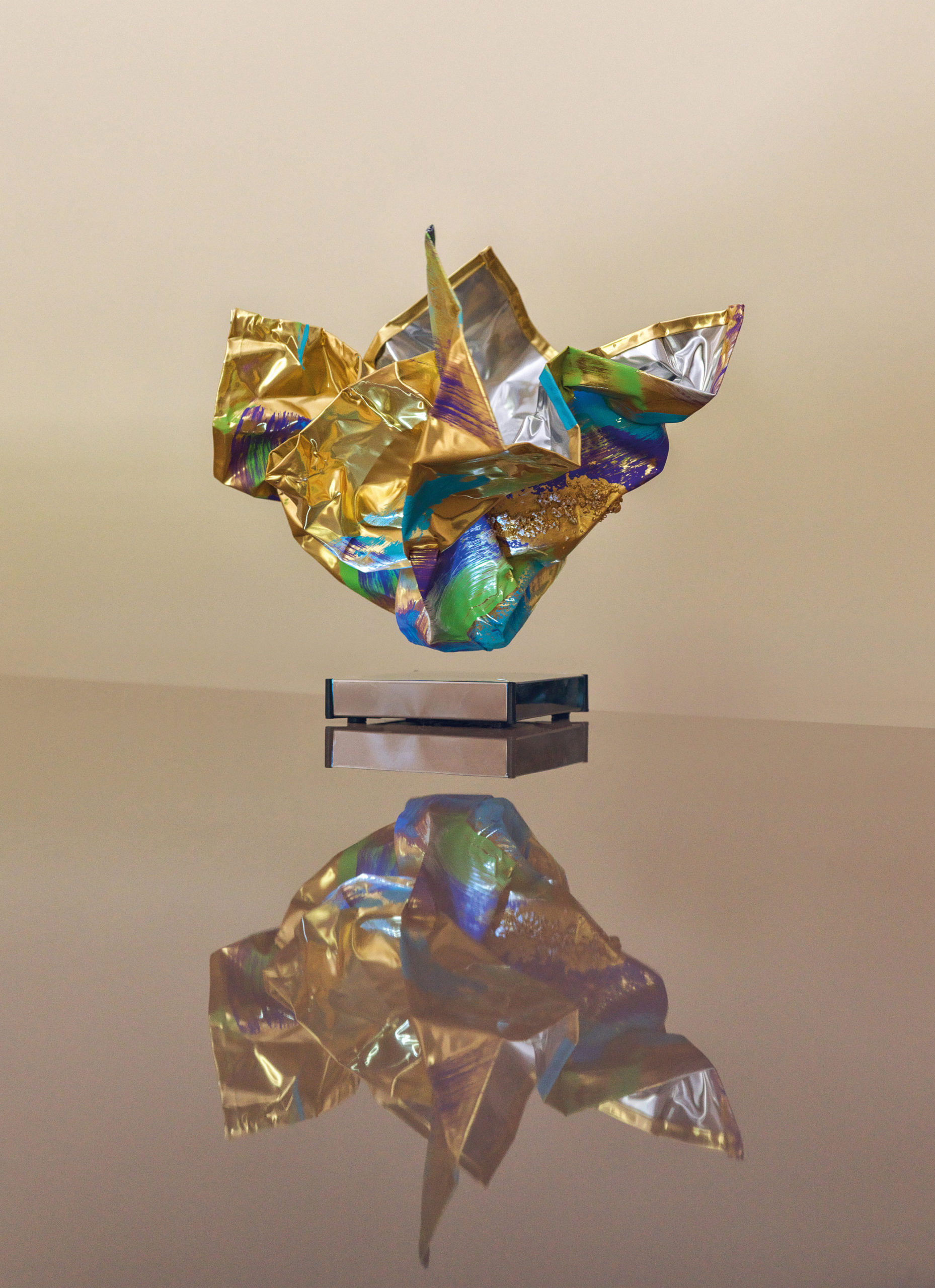